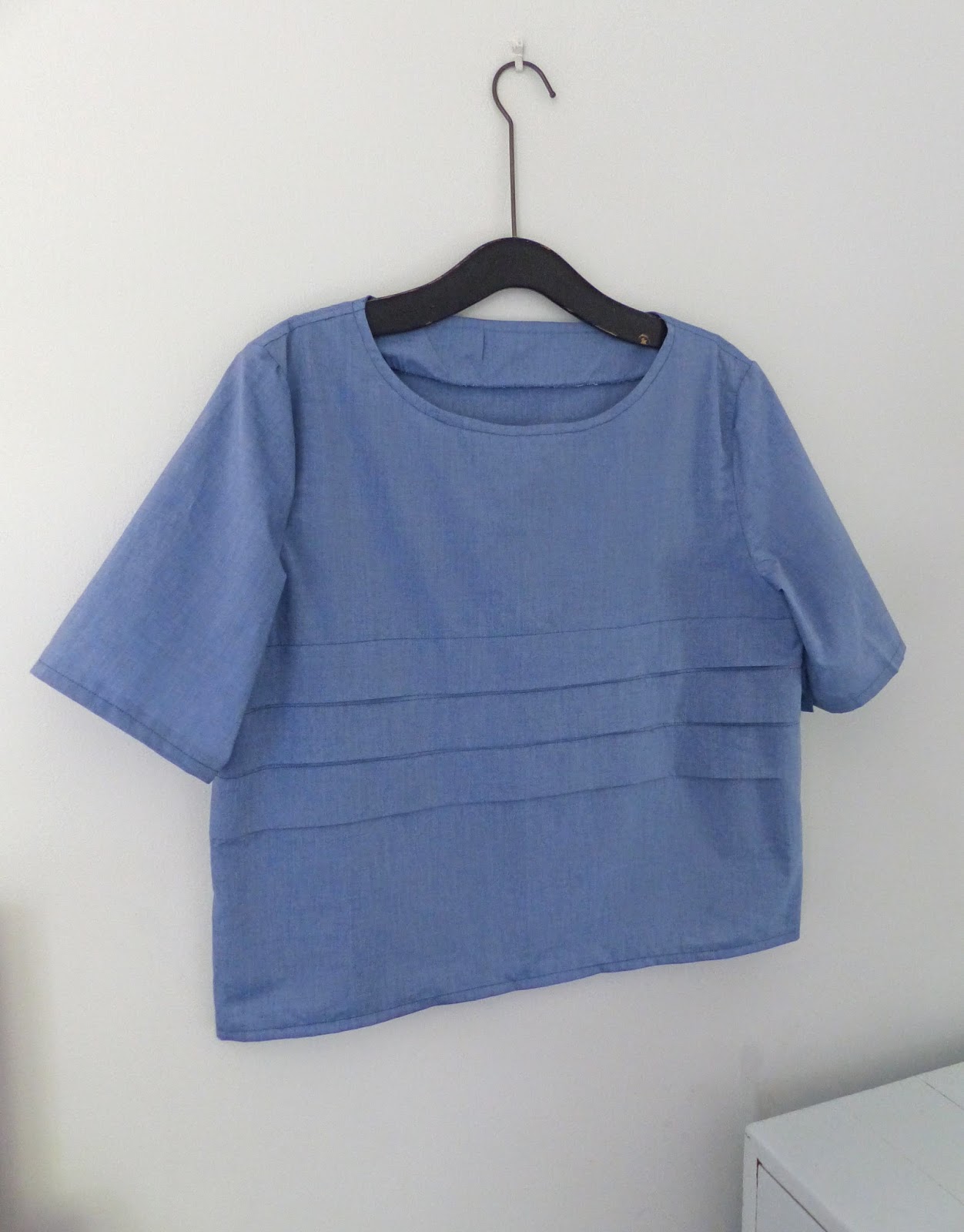 This has to be one of the simplest and most satisfying makes ever! Once I'd downloaded the pattern, printed it out, and taped the sheets together, my Salme t-shirt took roughly 4 hours to make. It would have been quicker but I added top stitching and used French seams instead of bog standard ones. I found a beautiful, end of line, poplin in Fabrics Galore that Paul Smith used a season or so ago for his men's shirts. It's wonderfully crisp, so will probably crease like mad if I so much as breathe heavily while wearing it, but I couldn't resist the colour! The pattern actually recommends fluid fabrics, and so, because this poplin doesn't have the drape of a silk or jersey, I made a boxier version of the t-shirt with longer sleeves and only three pleats which has resulted in a smart rather than casual top. I'm happy with the result though, but next time (I foresee at least two more of these in my wardrobe)  I'll stick religiously to the pattern–five pleats and seriously slouchy. Not sure if I'm quite brave enough to go for the transparent look shown on the website, perhaps a very light knit would be more dignified–I'll leave flesh-flashing to toned twenty-somethings!