Despite the lack of posts, there has been plenty of making going on around here lately. I guess my fingers have preferred to be busy with fabric and thread rather than keyboards and cameras. Not only has my white quilt progressed, (albeit at a snail's pace) there's been dressmaking, knitting, embroidery and stash-busting galore. 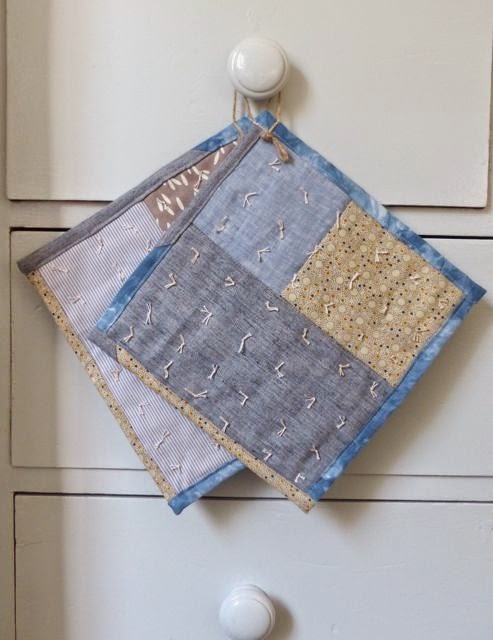 First up, are these pot holders. Pot holders seem to be one of those items that divide people almost as much as Marmite (for the record, I adore marmite!). Some, regard pot holders as totally useless–a waste of good fabric–others, like myself, think they are marvellous and use them for everything. 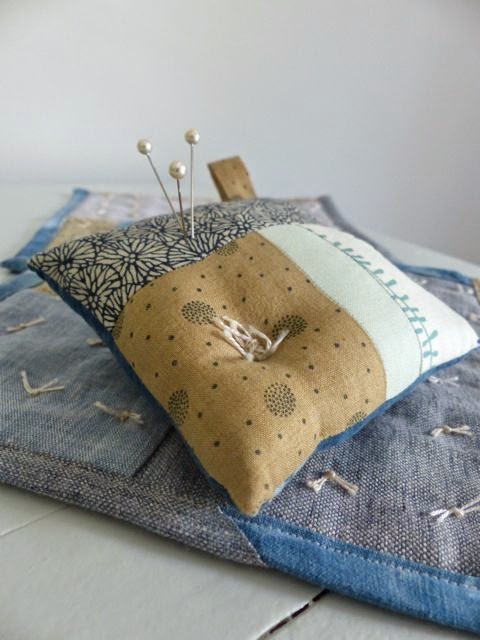 I'm also slowly, but surely, getting round to revamping my sewing kit. I started with this ultra simple pin cushion, and much prefer it to my old satsuma-style cushion which now seems overly fussy and twee. Next up, will be a new booklet for my sewing needles which are currently in a shambolic state of disorder. I have visions of neatly labelled pages, with needles arranged according to their size and usage. Of course I know, that in reality, they will end up in a mess again, and, instead of using the right tool for each job, I will use any old needle, as long as I can get the thread through its eye! 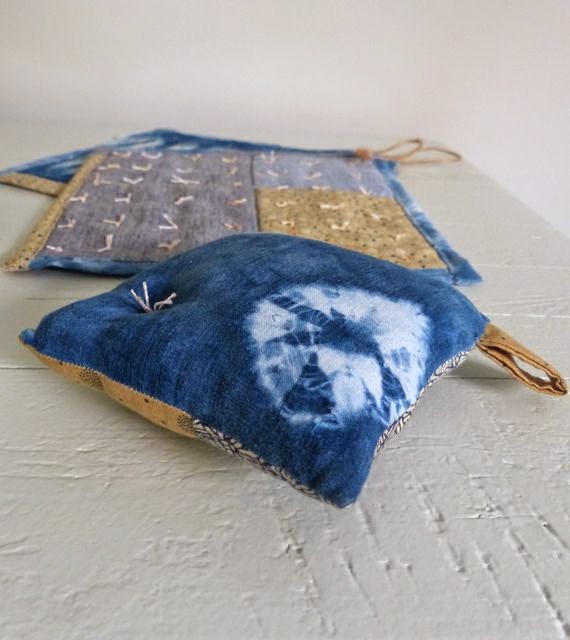 Quite by coincidence, a theme has developed: all of my recent makes seem to include either muted or indigo dyed fabric, or knots. It's easy to explain my fabric choices, as I've recently bought a storage system that allows me (for the first time ever) to organise my fabrics and see everything at once (so thrilling!). But the knots? Well, there's no reason for that, I simply like them.