A few years ago I made this boro inspired cushion. 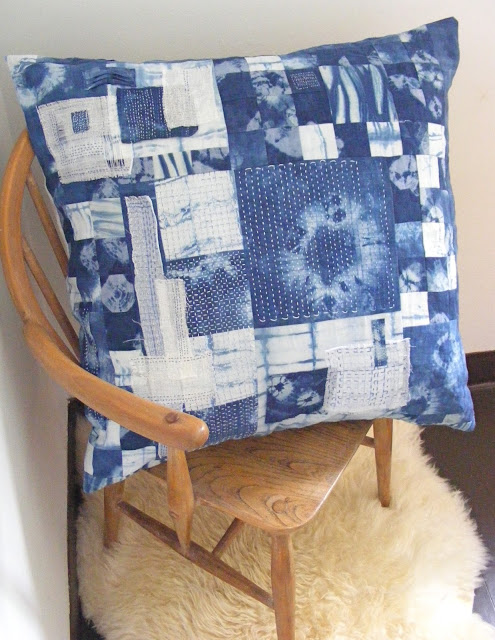 As it has worn, instead of offloading to a charity shop, or worse, simply binning, I've patched and re-patched my cushion cover whenever new holes appeared. Each time I've mended my cushion, I've become fonder of, and more attached to it. 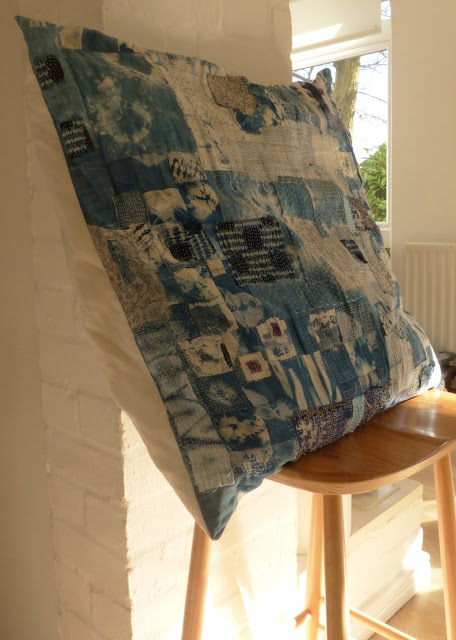 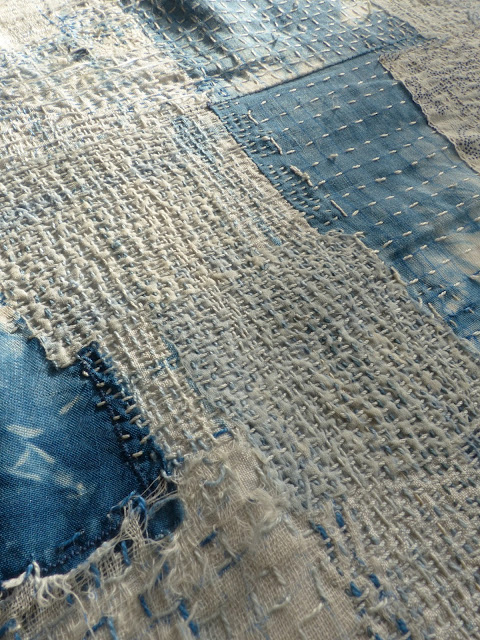 I've used mainly running stitch with just the tiniest amount of needle weaving but the resulting texture is pleasingly intricate and hopefully belies the simplicity of the techniques used. In some places the cushion is three or four layers thick. Although I haven't been completely true to boro aesthetics—I've used scraps of silk, as well as the traditional cotton—the act of preserving rather than discarding has been well and truly embraced. My cushion also includes fabrics that have history or sentiment for me, such as a vintage silk scarf from Patrick that, although it could no longer be worn because it was shredded at one end was still too lovely to throw away. 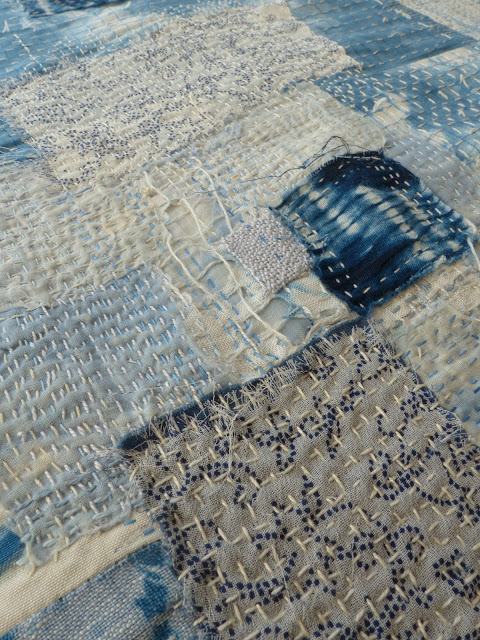 The change in my cushion just crept up on me. It never occurred to me how different the cushion cover might look now from when it was first made. But while going through some old photos and blog posts, I saw the picture at the top of this post and was amazed at how basic the original cover looks. At the time I thought it was so detailed. No doubt, in a few years I'll think this current reincarnation looks plain. 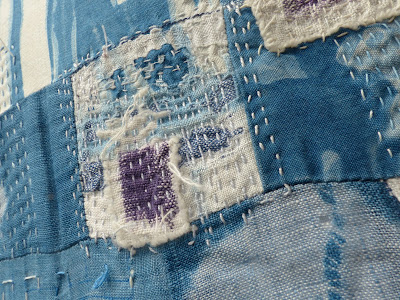 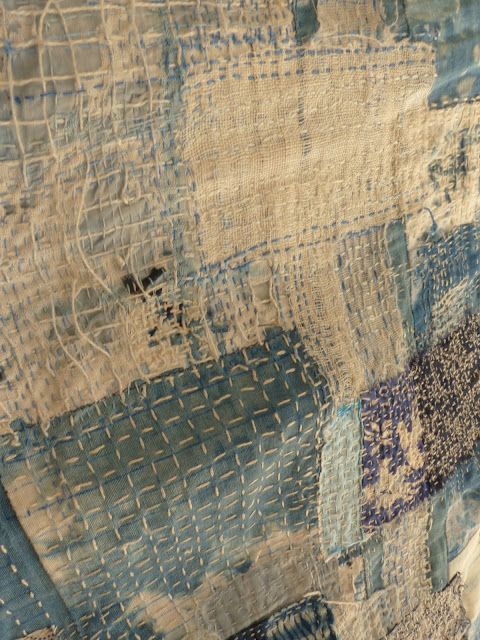 It just goes to show how textiles develop and take on a life of their own, if we let them.