So much of my time recently has been spent sewing, most of which I can't share as it's either for future publication, or a gift for someone who might be reading. While sewing for others brings its own pleasures and rewards, I never realised, until now, how much I jealously regard sewing as time for me–something done solely to please myself. I suspect I'm not alone in this, and, that although most of us are our own worst critics, being creative just for the fun of it, and not caring what others think, is more satisfying than anything else. 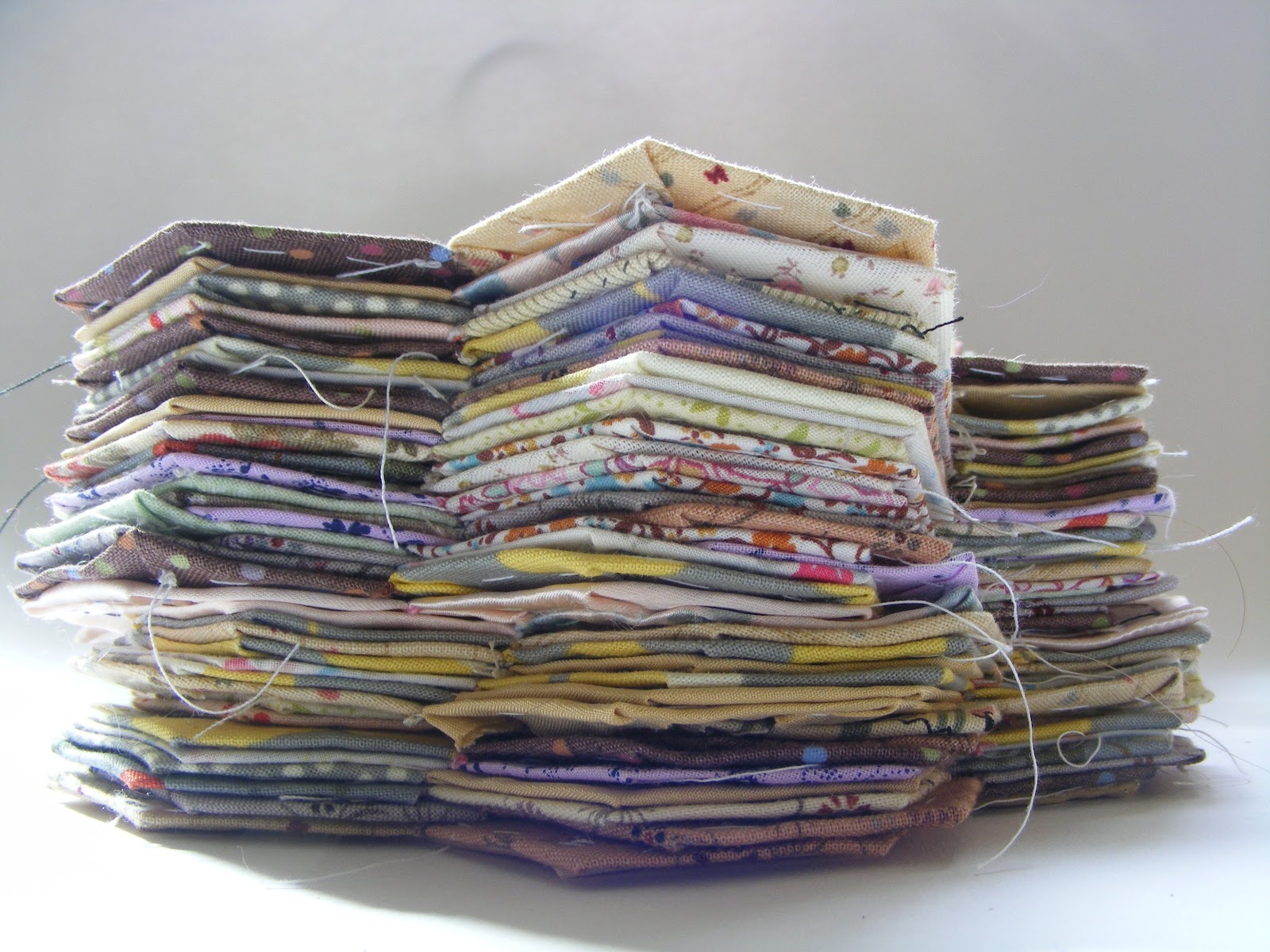 So, a few weeks ago, I put aside what I was meant to be working on and pulled these old hexie flowers out of a cupboard. They are left overs from the first quilt I ever made, and to be honest, I don't really like them, or the quilt, which has since gone to Oxfam. The colours and fabrics just don't do it for me now that I've developed a better sense of what I do like. There is far too much going on in the flowers, I'd clearly just bought everything in the shop that took my magpie-like fancy without considering how the fabrics might go together. After nearly throwing them away however, I decided the flowers might be worth salvaging after all, and if lucky, the gently faded, vintage appearance I was originally aiming for could be faked. All that was needed was some bleach and a pot of tea…


The results aren't too bad. Serendipity played its part when the bleach ate away some of the fabric, meaning the holes had to be patched and darned–just like a genuinely antique textile. It's an odd thing, faking your own heirlooms (the textiles version of old money versus new?) but I think the result is fairly convincing. I'll continue to add more needle weaving as this is my most recent stitch obsession, then use it as a sampler for trying out other stitches when my current obsession fades.


I'm not going to set a finish date for this, or even have an idea of what it might end up as. For now, it's just my little comfort blanket that I work on when I want some sewing me time.