I've been using Pinterest for about two and a half years now, and think it's a fabulous way to compile a virtual scrapbook (perfect for someone like me, who loves ephemera, but hates clutter). I have boards for gathering colour combinations, typographic ideas, craft inspiration, and all sorts of stuff. But what really appealed to me when I first started using Pinterest was the politeness, and non pushiness of it. When signing up, the site suggested that as well as keeping things original and varied, users should refrain from using Pinterest as a way to promote business–and I absolutely loved that! Moreover, they didn't make this a condition of joining the site, it was merely requested, in a very low key, polite 'would you mind terribly' kind of way. 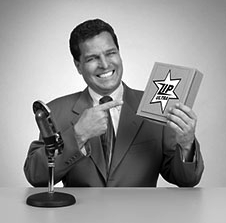 How times have changed… Now, it's so clearly full of people flogging stuff, whether it's their own product, or something they are presumably being paid to promote. And it's so transparent because it's usually the same few pinners, pinning dozens of beautifully art directed images at once that all link back to clothing/jewellery/homewares websites. What I find particularly sad about this, is that Pinterest itself also now openly welcomes business users, and suggests ways to 'optimize' your company's profile on its site.

Perhaps I need dragging into the 21st century, but along with a fondness for doing things slowly and enjoying the process of making, rather than simply knocking out more stuff, I also hate being constantly bombarded with images of things I'm told I must have. Why is it, that nearly every form of 'social' media has to be turned into a business opportunity, with every follower (I do hate that term, it sounds so cultish) regarded as a potential customer? Is it any wonder that people complain of being stressed, when they never switch off?

The irony that I'm using social media to make this point isn't lost on me. I also regularly shop online, happily read lifestyle blogs, browse etsy shops, and, for a while, had my portfolio (as a graphic designer) online. It's not using the internet for self-promotion that I have a problem with, afterall, I'm quite happy to display any magazines in which my work has appeared. No, it's the insincerity of Pinterest that annoys me, it's no longer a fun place to share and explore ideas and finds (although it purports to be) Pinterest has become a blatant selling tool.

Rant aside, this won't stop me using Pinterest, as there are still nuggets of joy to be found amid the endless adverts. It's such a pity though, that I now feel the need to be wary of pinners on the make, when Pinterest used to be such a lovely source of inspiration, for people who like to make!

PS: Can anyone think of a better term than 'follower', I thought about 'reader' but I'm hardly Jane Austin?
Posted by Elizabeth's quarters at 06:44