It's two steps forward, one step back on my white quilt. I've completed one block, nearly finished a second, and I'm happy with both. However, as much as I liked the block below when first made, I've since realised that it can't be used as it's just too heavy! It weighs as much as the EPP strip of hexagons and the other blocks combined. I imagine, that if this block did make its way into the quilt, it would create a black hole effect–it's great weight dragging everything towards its centre! So, this block will just have to go in the samples book, or be used in another project, at another time. 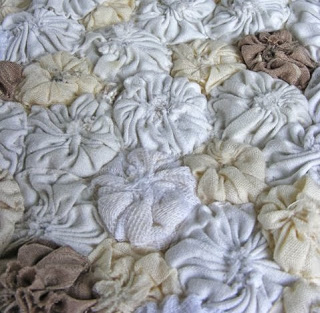 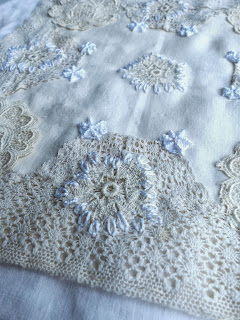 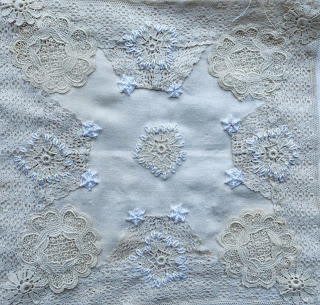 This one is a vintage handkerchief which had a very pretty lace border. I folded the border in, added a few off-cuts of lace from vintage collars, then a little bit of embroidery. 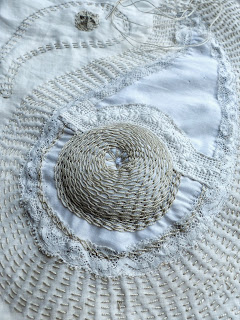 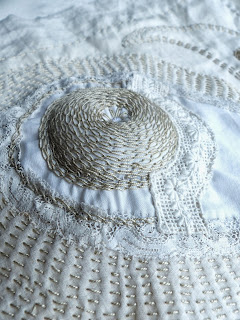 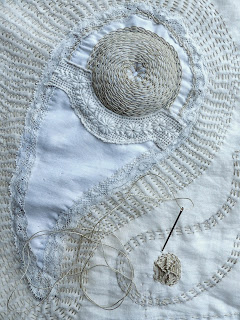 This is a work in progress and I'm having great fun with it. The larger paisley motif, is made from a child's nightdress. The central circle is stuffed from behind (trapunto) to create a mound, which I've covered in chain stitch. Then, apart from a ribbed wheel for the smaller paisley, the rest of the stitching is good old Kantha. I do love running stitch!