While writing my book I had a lot of fun playing with fabric and stitches. This was the purpose of the book (more of which, I'll tell you about when I can) to play and explore without feeling the need to make specific 'things'. It is something I want to carry on with—experimental sewing with no time restrictions, or the need to make something useful.

I have houses on the brain at the moment as we are currently in the process of moving to somewhere where I will have a dedicated sewing space, and Patrick will have his own study. This planted the seed of an idea in my head for a series of stitched pictures/doodles/explorations (call them what you will) all based on a theme of physical space. They could be geographical, for example favourite places or holiday scenes, or they could be about home, buildings and interiors I particularly like. I've started by sewing over one of Patrick's architectural drawings, a detail of a school he is currently working on. Before you accuse me of vandalism, I had full permission to do so, I didn't just plough through his portfolio and decide to deface his work. 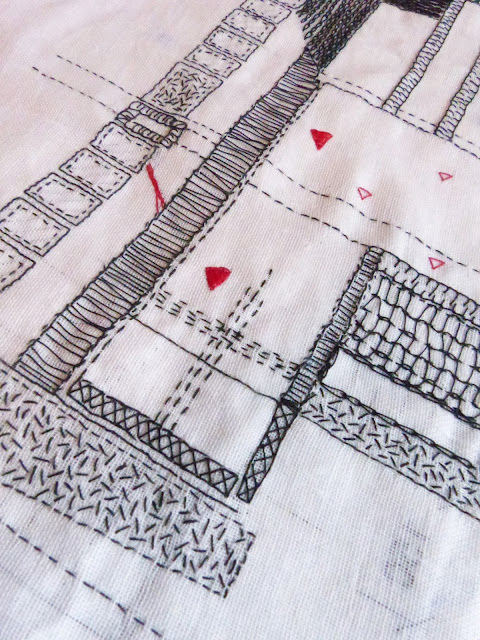 Architects use a visual language of lines and marks to represent objects, eg coping stones, brickwork, insulation etc will always be rendered with the same instantly recognisable symbols and motifs, all of which can be found in The Architect's Handbook. I thought it would be fun to try a similar thing with stitch but was thwarted by my choice of image transfer fluid which left a nasty gel-like substance on the fabric. This meant French knots and most other looped or raised were unworkable as the needle got all gunked up, so I had to make do with straight stitches and a bit of detached chain stitch instead. It's a lesson learnt, next time, I'll draw directly onto the fabric! 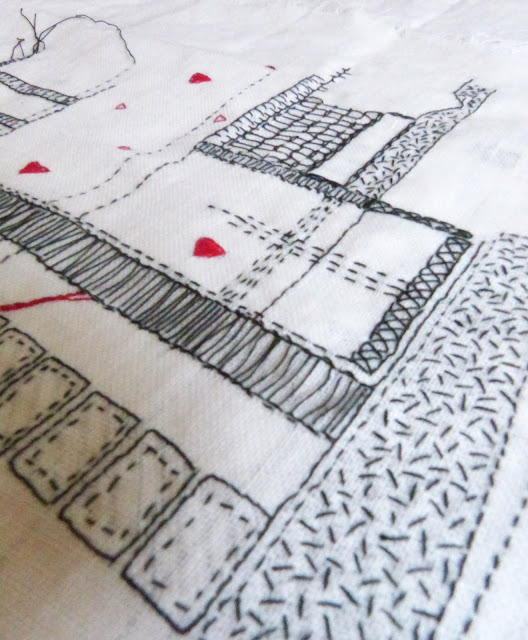 The great thing about a project like this is that it's non-exhaustive so I'm unlikely to get bored with it and drift off. It can be as long or as short as I like, can include any type of media, such as collage, paint and sewing. I didn't want to do something too pictorial, like flowers or people, so spaces are perfect as they lend themselves well to abstraction where it's all about the stitches and fabric, not how well I've drawn a particular subject. My plan is to fill this book I made some time ago with sewing spaces stitchery. 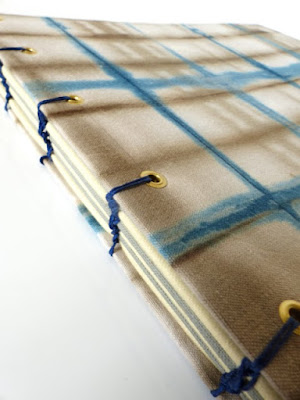 I started thinking about this project a couple of months ago; long before we knew the result of the referendum. I wasn't surprised at the result, just disappointed in a terribly British way (the South and major cities exist in a bubble of complacency completely at odds with the rest of the country who inevitably feel powerless and decided to let us know about it). Now though, I see my sewing spaces as a way to pin down and bring places together—at least in my imagination, which is the very opposite of what is presently happening where Britain is in a state of unravelling.

This is a personal project with no particular sight in end but my sewing spaces will be calm and united places, devoid of the post referendum ugly name-calling and recriminations I recently heard when working in-house for a few days, and can be heard every time one switches on the TV or radio.

Sewing is good at that: creating a safe little space where everything is alright.