A blue and white quilt… 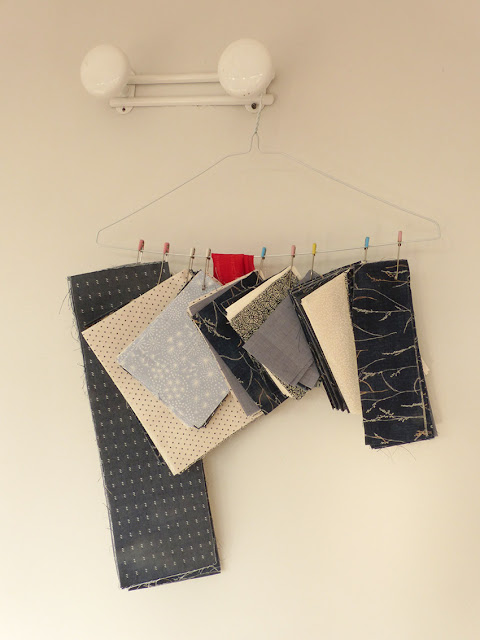 A new house calls for a new quilt, and for a long time I've hankered after a blue and white one. The one I have in mind will reflect the style of house we live in, an open plan, square, 60s style building with a flat roof. There will be 25 (highly convenient from a quilting point of view) patches to represent the number of flats and houses on the estate and I'll add the occasional strip of red to suggest the paths that divide us into small blocks. I've cut my fabrics, most of which came from stash including the red one which is a piece of 'nui' style shibori that I stitched and dyed for my book* some time ago. I've been saving this scrap for something special as I love the spine-like effect the stitches created, and was delighted the end result turned out as I'd hoped—it's not often that happens! This fabric will be used sparingly as there isn't much of it, so a little will have to go a long way. 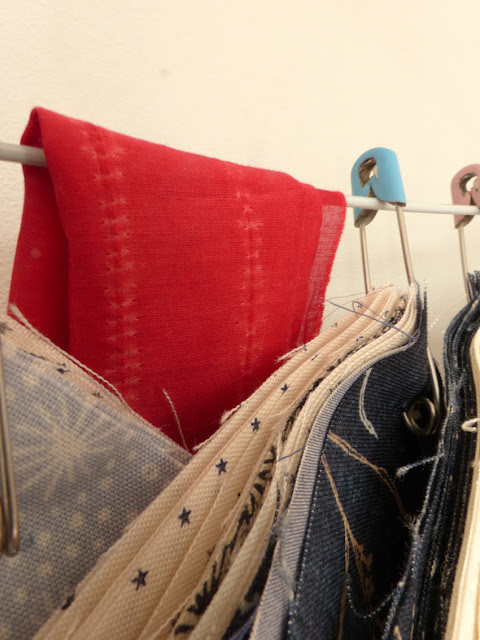 Now all I need is to set my sewing machine up, which is easier said than done. While most of the boxes are finally unpacked and I have a brand new sewing table, the machines themselves are still in storage. This has at least meant that I've been able to continue with my needleweaving, which has grown quite a bit since you last saw it although I'd like the stitching to eventually extend to the fabric's edge. But for now, it's time to set the hand needle to one side and dig out the sewing machine. 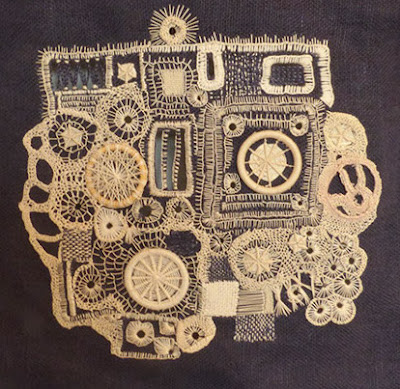 * After months of waiting my book is almost ready for release. As soon as I receive copies from the publisher I'll give you a tour of the insides.