One of my early blog posts was about the Wabbitys. The Wabbitys are a family of knitted creatures that don't require swatching, seaming or blocking. The perfect project for impatient knitters! They are made mainly from remnants of sock yarn, or stash leftover from other projects. What I get from knitting is quite different to what I get from sewing. Knitting is something I do to relax while watching telly (the sound and rhythm of the needles is soothing). I don't examine knitting in the way I do sewing, or have high expectations for the results. I must have been relaxing a lot of late as I've made a heap of Wabbitys, even more than shown below. 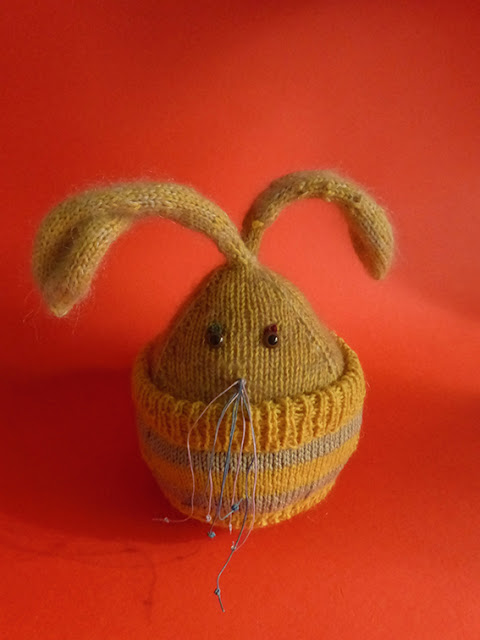 This is Lucky Wabbity. He's a mischievous and nosey young thing who eats far too many carrots. 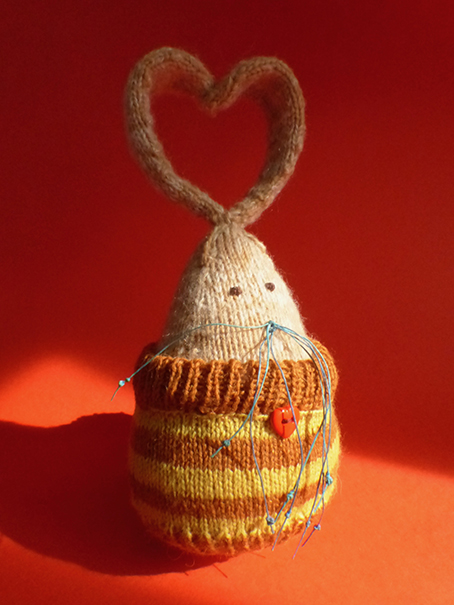 This is Rex, Lucky's eldest brother. Rex is a romantic and always falling in and out of love, usually with totally unsuitable objects of affection. 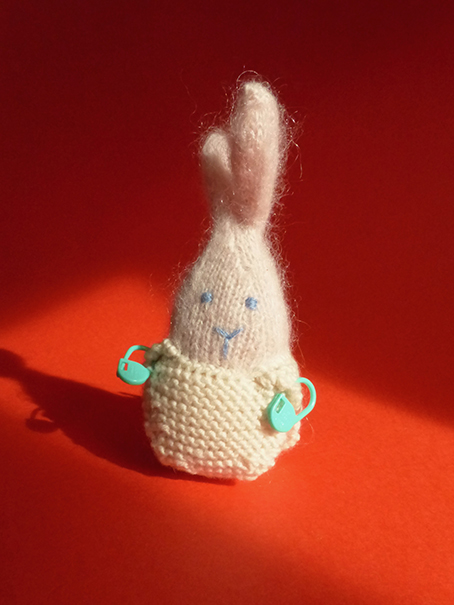 This is Hopper, she's the baby of the family. Like Lucky, she is inquisitive and can't wait to have adventures of her own. 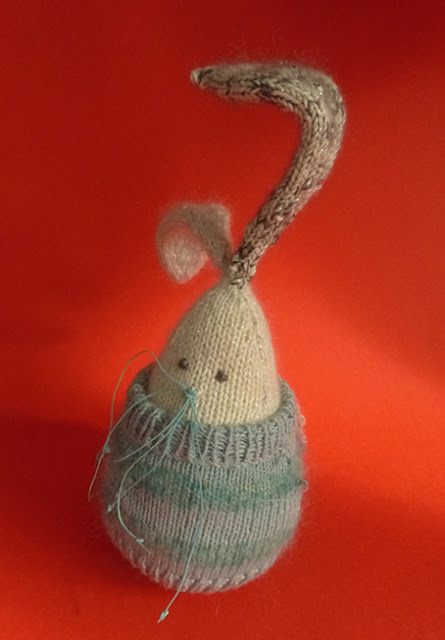 This is Presto, Lucky's elder sister. Presto is a magician but refuses to teach Lucky how to do magic, as quite rightly, she doesn't trust her little brother to use the power wisely. 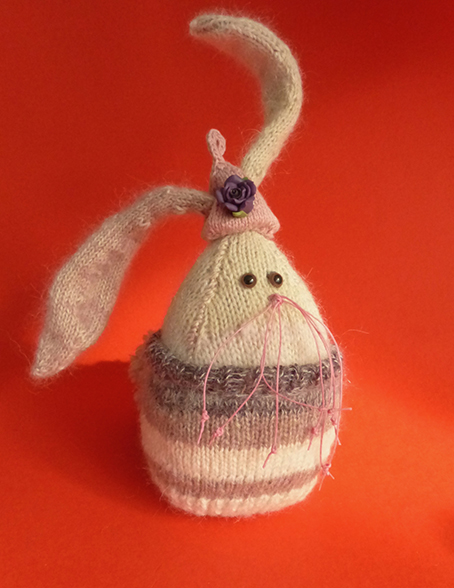 This is Mama Wabbity. Mama Wabbity loves to knit and is covered in fluff, which is the telltale sign of all keen knitters. She's not fond of domestic chores such as cooking (fortunately her husband is) Mama Wabbity would much rather be knitting. 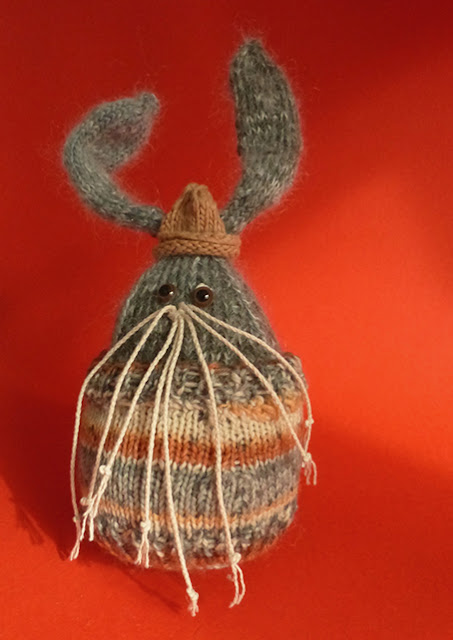 This is Grandpa Wabbity. He is very old and doesn't suffer fools. Grandpa Wabbity has terrible table manners and is always burping and making other rude noises.

The Wabbitys have developed into a more standardised shape since they were first made. Now, all Wabbitys have extremely long and strong ears which they use in place of forelegs. Their giant pompom tails help propel them as hind legs would otherwise do. The whiskers have become more of a feature and are used for delicate work such as sewing and making things, and to express emotion. Originally, the Wabbitys just had knitted eyes but I'm toying with the idea of giving them safety ones, however I can't decide which I prefer. The safety eyes certainly make the Wabbitys look more real.* On the other hand (or should that be ear?), knitted eyes are in keeping with the idea that Wabbitys are what become of the abandoned woolly hats, scarves and mittens I see around my local woods and parks. Just recycled wool, with no additional bits of plastic.

What do you think, safety or knitted eyes?

*When I say 'real', I realise Wabbitys are made up things. To think otherwise would be quite mad and suggest I spend too much time alone with my knitting needles.
Posted by Elizabeth's quarters at 03:24